The Atlantic Forest (Portuguese: Mata Atlântica) is a terrestrial biome and region which extends along the Atlantic coast of Brazil from Rio Grande do Norte state in the north to Rio Grande do Sul state in the south, and inland as far as Paraguay and the Misiones Province of Argentina, where the region is known as Selva Misionera.
The Atlantic Forest has ecoregions within the following biome categories: Tropical and subtropical moist broadleaf forests, Tropical and subtropical dry broadleaf forests, Tropical and subtropical grasslands, savannas, and shrublands, and Mangrove forests. The Atlantic Forest is characterized by a high species diversity and endemism.
It was the first environment that the Portuguese colonizers encountered over 500 years ago, when it was thought to have had an area of 1,000,000 to 1,500,000 km2 (390,000 to 580,000 sq mi), and stretching an unknown distance inland.

Over 85% of the original area has been deforested, threatening many plants and animals with extinction

Currently, the Atlantic Forest spans over 4,000 km2 (1,500 sq mi) along the coast of Brazil and in a small part of Paraguay and Argentina. 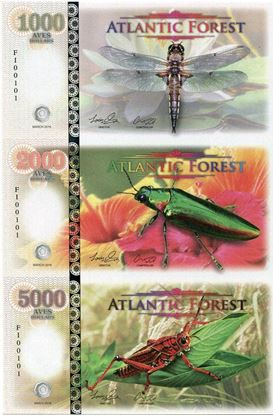 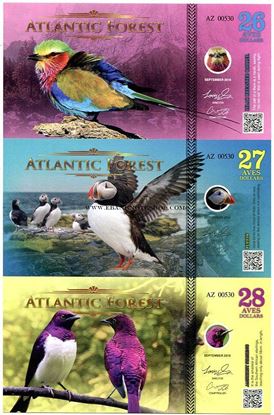